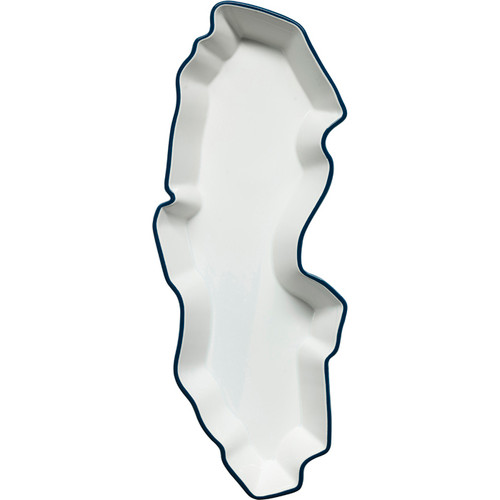 Sweden Bowl - Large - Stoneware by Sagaform - 16 1/2 inch x 5 1/8 inch x 1 3/4 inch - Our shape of Sweden bowl is perfect for family style serving, large salads or pastas or party snacks, candy or any smorgasbord of treats. - Sagaform stands for joyful, innovative gifts for the kitchen and the set table. Indoors and outdoors. Joyful gifts for friends or family, or to spoil yourself with.

Parliament: The Riksdag, with 349 members in one chamber

Religion: In practice, Sweden's very secularized. The Church of Sweden's Evangelical Lutheran; co-exists with many other beliefs

Sweden's the third largest country in western Europe with a population of 9.4 million. It's form of government is a Constitutional Monarchy (parlimentary democracy) The church of Sweden's Evangelical Lutheran but co-exists with many other beliefs. The life expectancy for a man is 79 and for a women, 83