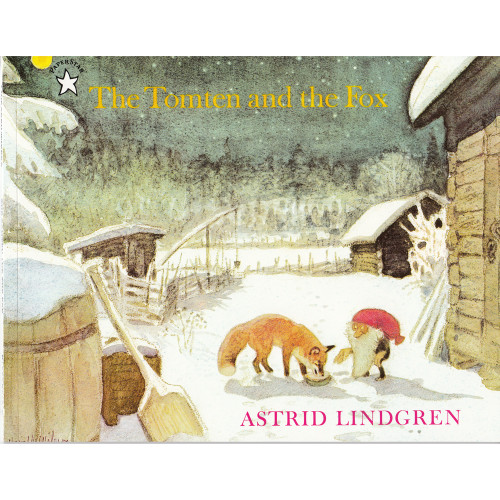 The Tomten and the Fox - Paperback

A classic Swedish children's story, The Tomten and the Fox, adapted by award winning author Astrid Lindgren from a poem by Karl-Erik Forsslund.  Illustrated by Harald Wiberg.

The Tomten is one of the most familiar creatures of Scandinavian folklore. From the fairy tales of Hans Christian Anderson, to the Tomten poem by Viktor Rydberg, to the artwork of Jenny Nystrom, the tomten is in so many ways a part of the Scandinavian mythological soul. The tomte was considered to be the very first keeper of the farm and helped care for the farm animals and assisted with the general welfare of the farm.

The Tomte was an honest fellow. He has been depicted as a very small person with a long beard and dressed as a farmer. Although small in stature, he is not weak and his caring spirit and worthiness was believed to help protect house and home