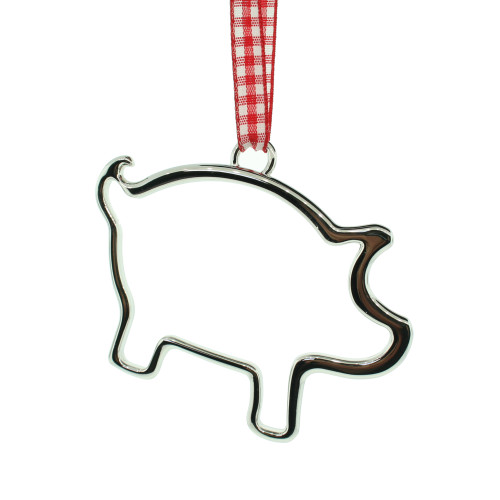 Pig Contour Ornament - 3 inch - The Christmas pig (pork) is a big part of a Swedish Jul time dinner. Why is this? The historical reason is that, for a long time, salt pork was the meat ration for the Swedes all the year round. Pigs were butchered in the fall, when they were most fat, the pork was preserved in brine and would then have to last until the following fall season. One or two "Christmas pigs" were held over from the autumn slaughtering, however, and reprieved until Lucia time. Back in the day, Christmas was the only time of the year when people could eat fresh meat, which in those days was just the best. None of this applys to todays living standard but what Swede in their right mind would want to have Christmas dinner without ham, brawn and pork sausage.