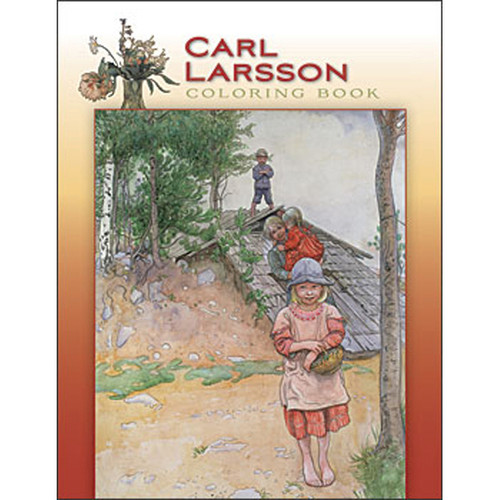 Carl Larsson Coloring Book - 8 1/2 x 11" book with twenty-two images to color. Each illustration is reproduced in a small, color version of the original artwork and as a full-page black line drawing. Published with the National museum, Stockholm. Published by PomegranateKids®, an imprint of Pomegranate Communications.